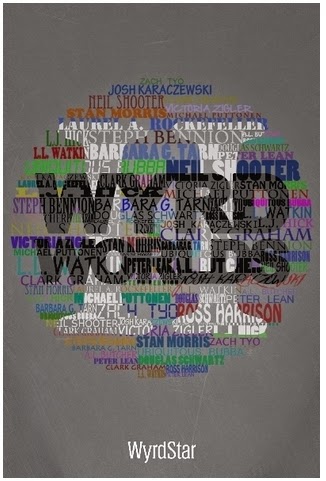 Wyrd Worlds II is a speculative fiction anthology of short stories from a variety of authors (one or two have two bites of the cherry). It was the November Book of the Month at the Indie Book Club on Goodreads.

The stories include contemporary real-world stuff as well as stories that occur in entirely fictional worlds/universes. There’s a very significant degree of variance in how long the stories are (the first, one of the best, is a full 15% of the book, which did surprise me a little).

As might be expected with an anthology including stories of greatly varying length, style and genre [all speculative but there’s a wide range] it’s somewhat similar to a sketch show, in that it’s inherently hit-and-miss.

I’ve read stuff by a couple of the authors before, and, discounting them for that reason, there were a few stories that have flagged up potential new writers to check out once my current mountain of books has been devoured. The first and last stories are both very good, and I enjoyed the tale of a father and his ill son, as well as a time-travelling tale [I’m being deliberately vague, because all the stories are short so even a brief description of the plot might give away too much].

However, quality is variable. A couple of the stories were not my cup of tea (often, but not always, because YA isn’t my type of genre). The very wide range of story size could be a little off-putting, as I’m one of those people who frequently reads chapter-by-chapter (or story-by-story in this case) and the stories ranged from very short to pretty substantial.

The price is delightful: it’s free.

It’s quite a clever idea for independent/self-published authors to band together and release a free e-book of short stories. Even if some of them aren’t to your taste, it costs nothing and if you find even one writer whose style you like, it helps them and provides you with another good author to enjoy.

Wyrd Worlds II has its peaks and troughs, but I think it’s worth checking out. Leaving aside the wallet-pleasing price tag, there’s a wide variety of styles, genres within the speculative fiction range, and story length, so you’ll probably find something to pique your interest.