Review: A Great and Terrible King: Edward I and the Forging of Britain, by Marc Morris

Edward I’s biography is a very enjoyable book. I know only a little about this period, but never felt lost. The maps (of England, Wales, Gascony and Scotland) proved useful and, unlike some maps, didn’t have details swallowed by the spine or obscured by having too much crammed into too small a space. 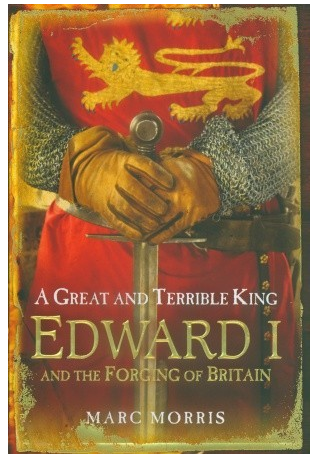 The writing’s accessible without being dumbed down, and the flaws and virtues of Edward I are laid bare.

Most of the book takes place during the 13th century, and it’s fascinating to read of just how friendly and helpful England and France were to one another for most of this period (Edward I’s intervention directly helped to free the French king’s younger brother from a Spanish prison, restore him to the throne of Sicily and avert a Franco-Aragonese war).

It’s particularly interesting given that the next five centuries or so were not necessarily notable for warm and helpful Anglo-French relations.

Edward comes across as a strong, confident king, sometimes prone to a temper, inflexibility and (in later years) poor judgement regarding the long-term.

As is common with this sort of book, there are two little sections of photographs. The castles are very interesting (not least because, as a child, I often went on holiday in Wales and visited them), as are the images of Edward’s father’s and wife’s resting places.

I liked the short final chapter which recounts the reign of Edward I and has a few brief words on what came after and public opinion of Edward II (it wasn’t very high).

All-in-all, a fantastic book full of detail without losing ease of reading, from an author who does not shy away from Edward I’s bad points but does endeavour to place them in historical context rather than seek judgement by imposing modern morality upon the past. Highly recommended.


Thaddeus
Posted by Thaddeus at 16:19 No comments:

Review: Schrödinger’s Kittens and the Search for Reality, by John Gribbin 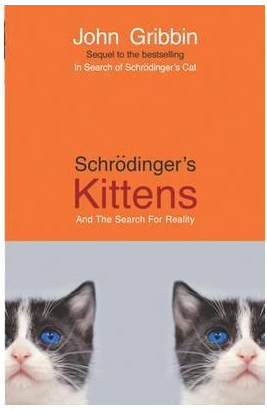 Quantum mechanics is not my usual cup of tea, so it was with some trepidation that I began this book (a present).

After an initial summary of the general picture of quantum mechanics, and the best-known experiments/theories around it (including a cat which may or may not be alive, and may be both simultaneously) there’s a historical section.

I really rather enjoyed that. Concisely tracing scientific advancement from Newton to Einstein, and including numerous others who are perhaps less familiar, is a nice combination of history and science lesson, and allows the background to quantum mechanics to be gradually built up.

After this the book moves on to presenting competing scientific interpretations. It’s interesting to read how much room there is for disagreement, debate and new ideas in quantum mechanics, instead of one approach being depicted as The Truth.

In terms of writing style, it’s easy to read. Scientific terms are explained assuming little or no prior knowledge. It is worth noting the book is a little old now (coming out in 2003) so there will be new developments, one would hope, since its release. Whether those are included in a book of popular science may be another matter.

I’ve got to say that whilst I understood, superficially, most of what was described by Gribbin, who does a good job of explaining things in terms a layman might comprehend, here and there the science was beyond me.

Overall, I rather liked it. Diagrams are provided to help illustrate experiments or scientific principles (perhaps most useful when discussing whether the Universe is open or close).


Thaddeus
Posted by Thaddeus at 10:35 No comments:

Being invited onto an epic fantasy writer’s blog to talk about world building…. It’s that moment when the only useful line I know spurts out: You know, I used to be a tour guide in a medieval castle. (‘Tis true. And therefore a pity that I’ve never once, ever, had the urge to write a story based in a medieval castle. My brain is having a laugh at me. You’ll see.)

Since the castle’s out, I thought I’d talk about a different sort of world building, a science fiction world, and how it differs from a fantasy one, especially since I’m in the middle of planning a fantasy trilogy (get me… still no castle, though). It seemed a good time to look at the contrasts.

For me, there is one single ultimate hurdle. Physics. How planets are made. How star systems are formed. 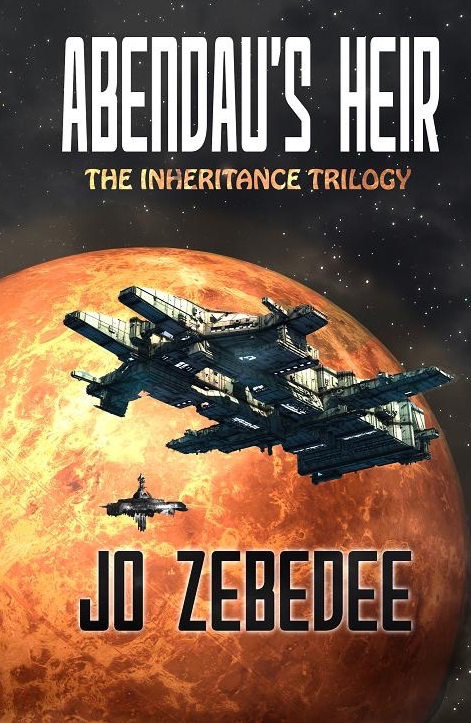 When I first designed my star system, I had a complex political and spatial interlink which was great until one of my beta-readers (a picky one, thankfully) asked me a searching, deep question, which went like: How in the hell can that work?

Well, I said, getting out my pen and paper to draw my star chart. And it didn’t work. It couldn’t. It broke every law of physics.

Cue much revising and thinking, and I had a lovely new system. Two central stars, seven orbiting planets, three systems close to them, four further out. Lovely.

Except the systems further out were less habitable than the central ones. Which isn’t supported by physics – the inhabitation of a star system isn’t reliant on where it is in relation to another, but in where its planets are in relation to its star. Or something.

Another rethink and that’s when the term economics entered my sphere of knowledge. Now, for me, that’s right up there with watching paint dry a spider to the ceiling. But if spatially they can’t be any less developed, it’s got to be money, right? And politics. And suddenly, I’m starting to see why space opera is, generally, up there with epic fantasy in terms of word count and info dumping and Confusing-things-which-must-be-explained-somehow. And, you know, really I just wanted to write about some guy in a space ship.

Which brings me to picky beta two. My sci fi beta. Possibly the only sci fi writer and reader with the patience to not only get through my first drafts but to do so without laughing (openly… I catch the hint of a snigger from time to time), or throwing the book out the window. The beta who asks awkward questions like – how are they getting across this massive stellar cluster (because that, my friends, is what it is: a stellar cluster, no less) with light years between these star systems. And I took a huff because, really, the book’s just about a guy who happens to be on a space ship. Which was fine until my editor asked the same question and I had to actually get off my butt and do something about it.

The upshot is more action happens on space ships than it used to and I had to draw horribly confusing timelines for book two and three which are more space-set than one, and make sure everyone was where should be when they needed to be and not stranded in an airlock somewhere instead of on the planet.

Oh, yeah the planets. Why did I come up with so many planets? With trees and rivers and seas and geology and animals. Which meant an understanding of all things organic, not just bananas. So, my O-level biology (yes, yes, I was a late starter to all this writing lark) had to get dusted off. And then I had to go and do more research. And my head hurt.

In fact, now seems a good time to list the sci fi research topics I remember studying. This isn’t exhaustive, by any means, but here goes:

Spatial distances and how to travel them (we can’t. Not really. But I need to. Which is where either FTL tech or wormholes raise their ugly head and a healthy willing suspension of disbelief needs applied. Frankly without these, space opera doesn’t exist.)

The make up of the human brain, with particular emphasis on the processing centre that has an impact on ASD (read for that, a reason for my psi powers. It’s there. Sort of. I just haven’t yet seen the need to bore the reader with the details.)

Soil structure, including heat exchange and the carbon make-up of plants (which doesn’t, apparently, include lava-resisitant roots, by and large. Darn it.)

Torture. (No FBI searches of my browsing files volunteered.) Rape, specifically of males. (Not nice reading.) PTSD. (All the joys in my little head. Ergo, the book gets dark.)

Callisto. Everything about it. Temperature, gravity, proximity to the Jupiter’s Eye. Best positions to have space sex in. (It’s okay, guys, it’s trunked. Trunked, I tell you!*)

How to fly a spaceship. (This one isn’t fair. Not one bit. Can you veer left, or twist, or do wheelies? No. You have to thrust. Although, having said that, once you get over that limitiation, there is no end to the use of the word thrust with a sexy space pilot at the controls. Believe me, I’ve done the Control+F)

Now, I’m not saying this is any more than any fantasy writer. Most of them (and you know, some of my best friends are…) seem to have an obsession with horses, and inns versus taverns which goes beyond the healthy. It’s just different. And hard.

And what makes space opera so much darn fun.

*But for interest’s sake, having artificial gravity is a good thing, not least for ease of leg, arm and wobbly bits positioning. See? Fun.

by Jo Zebedee, author of Abendau’s Heir
Posted by Thaddeus at 12:48 No comments:

I’ll keep this as spoiler-free as possible, but there are spoilers for earlier series so if you haven’t seen those you may wish to stop reading now. 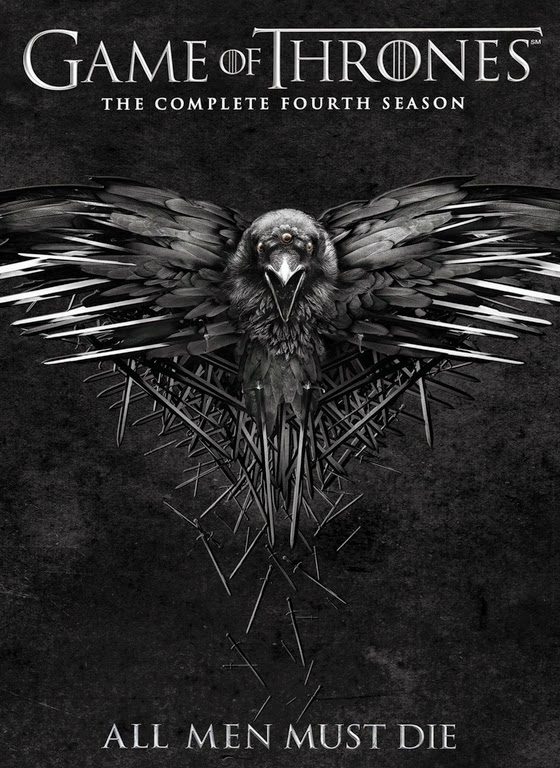 There are a number of very significant plot twists, as you’d expect (a couple early on, a couple later). It seemed a little slower (though no less engaging) and perhaps less tense in the middle than earlier series, probably because the war for the throne is more or less over (for the time being).

We get a number of new characters, most significantly Prince Oberyn, a Lannister-hater whose sister and nephews and nieces were killed on the orders of Tywin Lannister when Robert Baratheon became king.

There seems to be a focus shift, with a little less for Daenerys and Tyrion, and more for Jon Snow. Despite liking the first two characters a lot, the way the Night’s Watch storyline develops works very nicely.

It also features the grimmest death by some way in Game of Thrones. I suspect those of a nervous disposition might be a bit unnerved by it. Otherwise, there’s the usual high and frequent level of violence. It might just be me, but there seems to be a bit less in the way of sex.

The extras are reasonable. There’s a nice round table discussion with some of the departing actors whose characters have snuffed it. Commentaries seem a bit lacking compared to earlier box sets, except on the final disc (the Kit Harrington, Rose Leslie and John Bradley commentary of episode 9 is the best by a distance). There’s a short but entertaining blooper reel, a couple of deleted scenes and a few other extras which are reasonably interesting.

Finally, if you’re also reading the books it’s worth noting that there are some departures from the source material and some accelerating of certain events so they happen sooner. For what it’s worth, I think that works perfectly well.

The tenth episode ends in such a way that I’m very much looking forward to seeing what happens for the next series, and will definitely be picking up that box set when it comes out.


Thaddeus
Posted by Thaddeus at 10:00 No comments: