Ahem, bit late this, but here’s my traditional review of the last Game of Thrones DVD set I watched. Finally got around to the fifth series. I’d heard mixed things about it, and coupled with a certain event at the end of series four (NB there will be spoilers for the fourth series after this) I was in two minds about it.

It’s also worth knowing that in some parts the TV series has now progressed beyond the books so if you want to read the plot before you watch it, you shouldn’t watch series five until you’ve read the next book.

Initially, the plot did feel a little slow. However, the unfolding of religious events in King’s Landing (which have a particular resonance now, I feel) was extremely well done, living up to the excellent storyline they formed in the books. Without the gradual build-up that plot line would not have had quite the same impact.

The increasing fatalism and horror in the North also had very good conclusions, although, again, it did start slowly.

Daenerys’ storyline remains trapped in Meereen, which is easily the most tedious part of the story. Happily, there are some bright spots which I shan’t spoil, but for the most part it’s all a bit bland.

Of all the plot lines, Arya's is the most isolated, with just one cross-over to the wider world. Fortunately, she's a charismatic character and helped by the return of an old 'friend'. Her sister, of course, continues to have a rough time of it (Game of Thrones could be subtitled "In Which Everything Goes Wrong For Sansa), but I am enjoying Sansa's very substantial character arc.

As is traditional with Game of Thrones, there is high stakes drama particularly at the end of the series, and this is no exception, with the series ending very strongly. Indeed, both episodes nine and ten have this quality, rather than (as has happened before) nine being full of bloodshed and ten mopping it up.

It might just be me, but after the fourth series (and the outcome of the Mountain bursting the Red Viper’s skull) the level of violence and sex does appear to have gone down a notch. Not for kids, of course, but not quite so harsh. I did miss Charles Dance as the menacingly magnificent Tywin Lannister.

As for extras, there are commentaries (often multiple for each episode), and other things. The commentaries, as always, vary quite a lot according to who’s chattering. In general, the later the episode the better the commentary.

The other extras include sections on new locations, as well as perhaps my favourite extra of any series so far: a look at historical inspirations for the characters and events of the programme.

Despite the prolonged gap, I’m glad I got this and rather liked it. Especially looking forward to seeing how future events unfold in the next series.


Thaddeus
Posted by Thaddeus at 15:35 No comments:

The process I use is to do a very faint pencil sketch, then go over with a darker pencil. Usually I put it through a BW filter to make it starker, although I chose to leave the first image just in pencil-and-paper form. 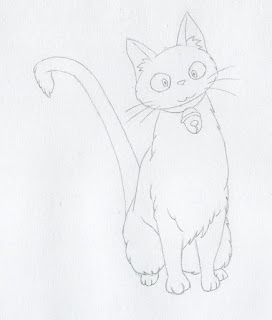 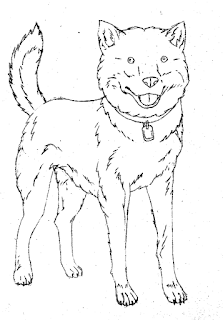 The cat mostly turned out well, although the legs are a little stumpy. It’s based on the guide in Mark Crilley’s Mastering Manga 3, which I can highly recommend. This was a lot easier than the more realistic dog tutorial in the same book, but, obviously, that took a lot longer, so swings and roundabouts. (Having mentioned it, I decided to add the dog as well). 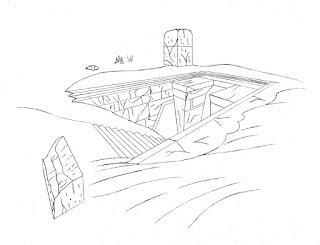 This is based on a screenshot from the nocturnal desert region in Dragon Age: Inquisition. I wish I’d gone for a little more background detail, but am quite pleased with the sandy outline. So, not bad, but I should’ve added more stuff. 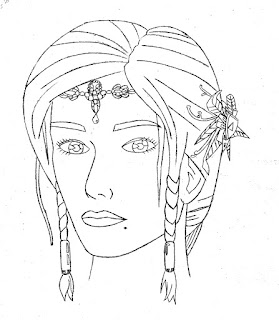 I was very much in two minds about including this. As I drew it, I liked this drawing of Triss Merigold from The Witcher 3 a lot. And then immediately afterwards I loathed it. Weirdly, I think the outline of the face (something I struggle with for ‘realistic’ faces quite a bit) looks ok, but the features just don’t seem to gel together. 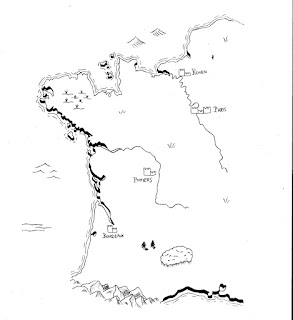 Being into both history and fantasy, maps are an interesting thing to try and draw. Personally, I’m not fussed about them being included in books (details often get swallowed by the spine and the necessarily small size limits what you can show anyway) but as larger pictures I think they work well. Anyway, this is a pretty basic map. Coastline looks alright, not sure about the city symbols though. The larger collective forest in the south and the swamps in Brittany (NB I was just practising symbols, Brittany isn’t really a giant quagmire) turned out well, and were based on the WASD20 RPG map videos on Youtube. On the downside, this took quite a long time. Not as long as the reptile head with hundreds of scales, but quite a long time nevertheless. 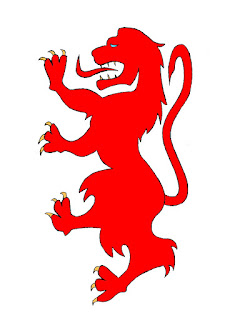 I was delighted with this. Based on William Marshal’s crest (deliberately low on detail beyond the outline), although I got the proportions a smidgen off and the paws/claws could be better, the basics worked very well. I was planning on doing another but mingling it with the style of the Lannister lion (from Game of Thrones) but then had a perhaps even more cunning plan for another lion. If that ends up working (I haven't started it yet) I'll put it up here and/or on Twitter.


Thaddeus
Posted by Thaddeus at 12:25 No comments:

This took me a while to read, but that was due entirely to a rare bout of pestilence that lingered awhile.

Angel’s Truth is the first entry in the Angelwar series. Disclaimer: there is an ad for Kingdom Asunder (by me) in the back. 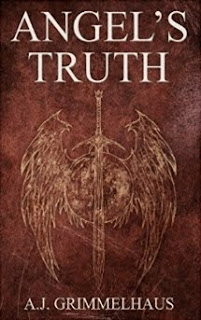 Tol Kraven is the chief protagonist, a youthful monk sent on an urgent mission to protect the Truth (hence the title) and deliver a message/warning to a convent. He’s quite likeable, when he isn’t falling off a mountain, trained to kill and capable of being decisive (although not necessarily wise).

The other main perspective is that of Katarina, the somewhat dubious daughter of a foreign ruler who may or may not be involved in nefarious business. She forms an odd couple with her terse bodyguard Stetch, a relationship which works well in a chalk-and-cheese sort of way.

Tol travels to try and shore up the church, which is under threat from mercenaries hired by a very dangerous puppetmaster. I always find assessing grimness quite difficult but this is not one for kids or the particularly squeamish, I would say, in terms of violence.

The writing style is easy-to-read and fast-paced which, coupled with the small chapter size, meant I often ended up reading more than intended. Protagonists are likeable and distinctive, and I like the world-building, which is extensive but gradually revealed so there isn’t a wall of info-dumping to leap over.

I particularly enjoyed the first half, when the protagonists were largely separate and much of the plot was deliberately shrouded in uncertainty as to who was trustworthy and who wanted what. Although these separate threads were tied together neatly, the mystery was enjoyable.

On the downside, a little more editing to make certain parts slightly more concise would’ve been beneficial (nothing atrocious, just some cases where two lines were used but one would do).

All in all, an enjoyable, fast-paced fantasy adventure with spies, treachery, and the odd angelic intervention. Well worth a look.


Thaddeus
Posted by Thaddeus at 14:13 No comments:

This small book, around 140 pages or so, takes the reader on a voyage through the Egypt of Ramesses II, around 1250 BC. 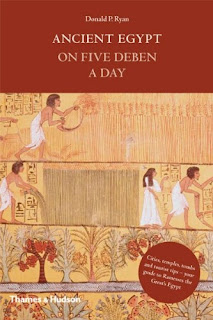 The approach taken is literally in the form of a journey, with some general chapters about Egyptian attitudes to foreigners (they’re quite xenophobic) naturally flowing to the religious reasoning (they think they’re especially blessed by the gods) and social observations. From there, the book takes the reader from entry to Egypt on the likeliest route (up the Nile), which has the happy coincidence of working both as a tour guide and summary of recent history due to the grand temples and burial sites (some maintained, others very deliberately abandoned) that dot the landscape.

Despite its quite small size, the book is crammed with interesting information written in an intelligent but light-hearted tone (those who have read any of the Unofficial Manuals will find it pleasantly familiar).

Ancient Egypt is not my usual fare, and this is my first history of the place. As such, it was filled with mostly unfamiliar terms (Hyksos, Nubians) although fellow watchers of Stargate: SG-1 will find many of the god names familiar. The book works very well for a complete novice of the period, and I never felt lost historically or geographically. Indeed, the author did a really good job effortlessly mingling historical snippets with the journey south along the Nile.

There are numerous small illustrations throughout, as well as two sets of glossy colour pictures including Egyptian art and impressive temple scenes. A couple of maps are at the back, along with some handy Egyptian phrases (such as “Egypt is much better than my wretched homeland”) and a concise list of the most important gods and their characters.

All in all, an entertaining, informative and interesting book that serves perfectly as an introduction to Ancient Egypt.


Thaddeus
Posted by Thaddeus at 09:08 No comments: