Review: Marlowe and the Spacewoman, by Ian M. Dudley 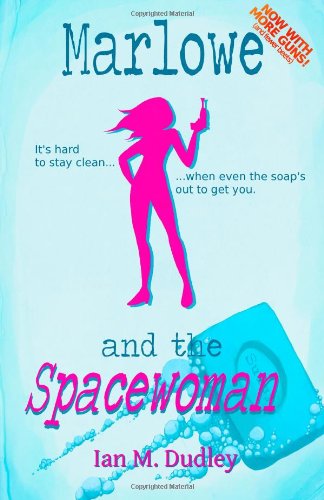 This was the Book of the Month at the Indie Book Club on Goodreads (in the Other category).

Marlowe and the Spacewoman is a comedy sci-fi, set in the middling future (perhaps a century or so away). Technology has progressed, but not to an unfathomable extent. Marlowe, the protagonist, is a private detective and the clone/brother of the city’s Governor (who is practically a dictator). Fuelled by mutual loathing of a third party, the chief of police, Marlowe is hired by the Governor to ascertain whether a woman whose arrival destroyed the Brussels sprout crop is indeed from space.

Marlowe has his own troubles to deal with, not least a successful assassination attempt, but has no choice but to take the job.

The world is quite interesting, as technology has progressed in most spheres, but corruption’s also increased and civil rights have declined dramatically. In addition, many objects in the world have at least limited sentience, which works very well (reminds me a bit of Red Dwarf’s scutters or the DRDs in Farscape).

Marlowe is front and centre of the book, although once he meets Nina (the Spacewoman) the book becomes more of a double act. Fortunately, Marlowe’s a likeable, well-written character, and he and Nina make a great team. She’s (ironically) very down to earth and physically capable, having lived for a long time in high gravity, and he’s got an intimate knowledge of the murky realpolitik of the world.

The comedy works well, the writing style’s easy to read, and the world is well-realised.

Downsides are pretty hard to think of, to be honest… Occasionally there’s a bit too much chatter about technical stuff, but that’s about it.

I would strongly recommend this book to anyone who is after a sci-fi comedy, and thoroughly enjoyed it.

Posted by Thaddeus at 12:57 No comments:

Review: Blood of the King (Khirro’s Journey 1), by Bruce Blake 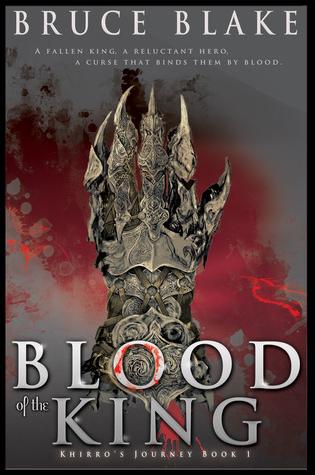 This was the Indie Book Club’s Book of the Month for August over at Goodreads.

The story, unsurprisingly, follows a chap called Khirro. He’s an ex-farmer who joined the army. His heart’s in the right place but his military aptitude is, er, sub-optimal. Unfortunately, the battle he’s in goes badly. Due to a combination of blind luck and patriotism he manages to save the King (in a manner of speaking), but has to travel to the fearsome Necromancer to have him fully restored.

The book, especially early on, moves at a fast pace, which I rather like. The author’s also not afraid to kill off significant characters, which is another aspect of the writing that appeals to me. The writing style’s easy to read and I often ended up reading rather more than I had expected.

The characters were slightly mixed. Khirro’s convincing as a good farmer but a poor soldier, and although he gradually becomes a little less whiny and a bit tougher there’s no miraculous transformation into a hard as nails hero.

There’s a nice rivalry dynamic between two of his companions, and a cunning twist regarding the magician who travels with them. However, Elyea did come across as a little bit flat.

I won’t spoil the ending, but the most action-packed section of it seemed to ring a bit false. One ‘twist’ was easy to see coming (not necessarily a bad thing) but the way the violence turned out seemed a bit off (not excessive or explicit, just unconvincing). I can’t say more without spoiling it, obviously.

I also think the author made a slight mistake early on. Not sure if it’d count as a spoiler (it happens probably within the sample range) so I won’t detail it, but he gives away a plot element I think would’ve been better kept hidden.

The journey to the Necromancer is interesting, particularly when they get nearer and encounter some more interesting flora and fauna. I never felt bored with the book, and will probably buy the sequel (having checked on Amazon, it seems the trilogy can be bought altogether in a single e-book for less than the individual bits).

Posted by Thaddeus at 09:04 No comments:


I’ve been thinking of making some pretty substantial changes to the way I blog. This is very much a personal blog at the moment, and as such I do wander from topic to topic (though lack of free time has led to a slight decline in the number of reviews and articles).

However, I’ve become somewhat frustrated with the difficulty of building up a profile so that potential readers who enjoy fantasy find out about my books and then have the option to try the sample or buy them.
So, as well as continuing to write intermittent articles for the Chrons, I’m thinking of cutting away some of the fat from the blog, adding more writing-related information and writing less frequently, but hopefully higher quality articles about writing, fantasy and so on.

I’m not going to change the address of this blog or anything like that, but I do intend to change the content. Hopefully this well help me drum up a bit of traffic, increase my profile a bit and likewise sales.

Posted by Thaddeus at 10:47 No comments:

New Review for Journey to Altmortis 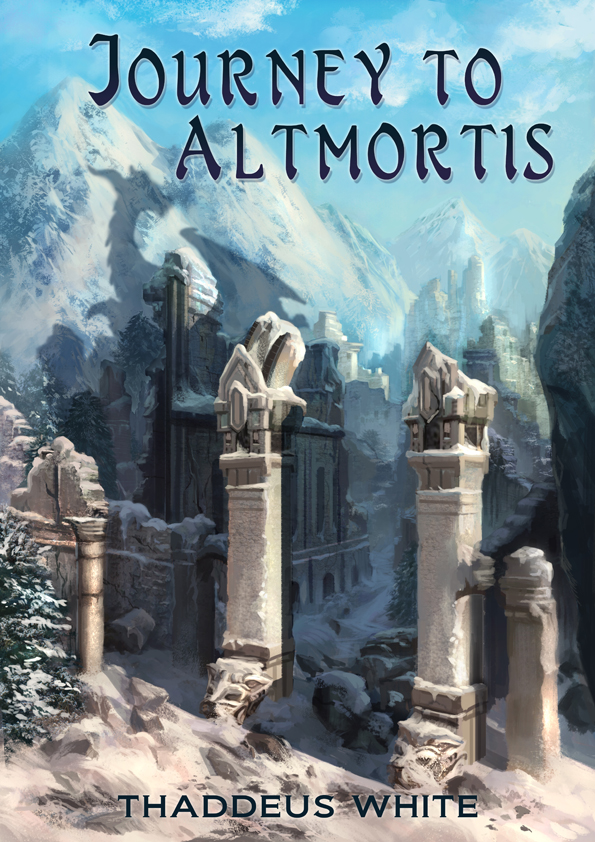 I’m delighted to say that there’s a new review of my most recent book, Journey to Altmortis, up here [second review down]: http://themindpalace.net/the-indie-pub/4576795387

It’s full of rather encouraging phrases: ‘By this measure, Journey to Altmortis succeeds magnificently’

‘…I found it difficult to allow myself to put it down at all as it was quickly apparent that the more you read and build on what you've already read, the more you're going to appreciate what comes next…’

Anyway, it’d be rude to copy the whole thing here, so do have a click and a read, and if you haven’t already given Journey to Altmortis (or Bane of Souls) a try why not download a sample and see what you think?

Posted by Thaddeus at 11:42 No comments:


When world-building there are certain key areas a writer should work on. Political structures, basic geography and the like are all obvious. One aspect which is less so, but quite easy and very useful for making a world more realistic, is the leisure activities of both the poor and the rich.

History gives us lots of great examples. Roman gladiatorial games are well-known (and unique, so far as I know, in human history), but there are plenty of others. The Aztecs played a ball game which involved the captain of the winning side (until a change centuries later when it was the captain of the losing side) getting his heart ripped out in sacrifice to some god or other. In the Middle Ages peasants played football, but it took place over an immense distance (miles and miles) with whole villages taking part and quite a lot of violence.

The Romans also enjoyed chariot racing, of course, which was very dangerous and outlived the gladiatorial games by centuries. In the Middle Ages hawking and hunting were very popular amongst the nobility.

Because we still play it bowling might seem a bit odd as an ancient game, but it has been around for centuries. Boxing too, although bare knuckle boxing is actually a lot safer than modern boxing. This is because boxing gloves cushion the knuckles, allowing people to hit one another in the face very hard. If you try this without a boxing glove you’ll break your hand before the other person’s face. So, death rates in bare knuckle boxing were much lower (a rare case of a sport becoming more dangerous over time).

Of course, in the past people often had greater (and more socially acceptable) bloodlust than today. Blood sports, from cockfighting (so popular in England practically every little village had a cockpit), badger-baiting and hare-coursing all the way up to bear-baiting, were very popular.

The Romans had a rather split personality when it came to animals. They often had a wide variety of pets (Emperor Tiberius hand fed his pet snake), but would gleefully watch them being slaughtered in the arena (in the Romans’ defence this was very equal opportunities of them, as they also cheered humans being thus killed). Pompey, before he ran off when Caesar approached, tried to bolster his popularity by hosting games, a common political ploy (the ancient equivalent of a pre-election Budget giveaway). However, the elephants he used were domesticated animals, who were terrified when attacked. The crowd were disgusted with Pompey for killing the tame animals, and it rather backfired as a political stunt.

Posted by Thaddeus at 11:09 No comments: