The Snapshots Reviews are posts in which I review the samples of a small number (4-6) of books. Reviews are just of the samples, I haven’t read the full books of any of them, at the time of posting this. The first Snapshots Review was elsewhere, and can be found here. The books I’ve reviewed are all in the fantasy genre. 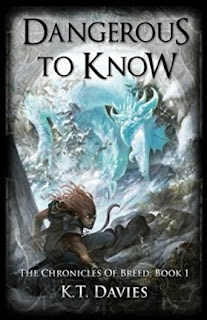 Dangerous to Know (Chronicles of Breed, book 1), by KT Davies

The first sample I read in this batch, and I have to admit, things really hit the ground running. The writing style was immersive and easy to read, the world is well-realised and portrayed without info-dumping (I never felt there was a slab of text outlining society etc, but by the end of the sample I knew a reasonable amount about the world), and there are even some light, humorous touches. The sample follows a half-breed mercenary, half-human, half-thoasa (a sort of war creature). She starts off in a bad situation (page one features being chased by a dragon) and it soon gets worse when Breed finds herself in an icy ruin with a demon her only hope for discovering the way out. Really good start to things. 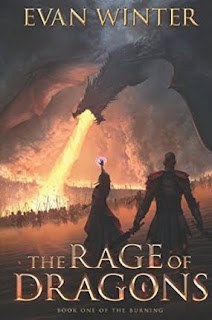 The Rage of Dragons, by Evan Winter

This sample is in two halves, with the first half being a sort of prologue, and the latter half (starting with Chapter One) occurring a century and a half-ish later. The prologue has a slightly unusual premise, which I like, of a queen leading her people on a sort of watery exodus, landing her ships on land to escape some unknown danger. However, the locals aren’t too happy and a bit of a war ensues. The latter part is on the claimed land but some time later, following Tau, a young chap aspiring to become a warrior. Unfortunately there is a lot of info-dumping and jargon, which gets in the way of both pace and clarity.

[A note on this: I couldn’t believe it got such a high rating on Amazon. One review I checked explained why. Apparently the start is pretty iffy but the latter half is fantastic, a bit like the Lies of Locke Lamora. Obviously, I’m just reviewing samples, and things can improve or worsen. Just thought I’d mention that]. 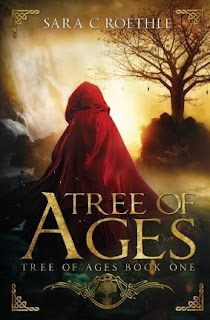 This one had an unusual premise. A tree stops being a tree, and becomes a young woman. Finn doesn’t know how, or why, and wants to return to being a tree. With the help of a kindly cottager, Finn sets out to reverse the transformation. I like a different premise, and enjoyed this sample a lot. Easy to read, low on action (there’s none) but highly engaging, as samples go it’s very good. The foundation of the story is laid, main characters introduced, and I found it very interesting. 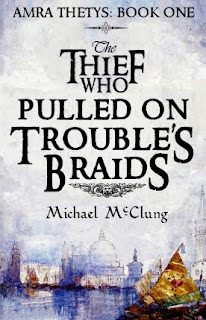 By chance, I happened to pick this and another winner of the excellent SPFBO contest. So, hopes were high as I began the sample. And met. The story follows Amra, a thief not quite world class but definitely a cut above the average, as her friend Corbin is trying to sort out a deal gone wrong. He leaves her a golden statuette and extricates a promise to look after his dog if anything goes wrong. And it does, of course. The writing style’s easy to read and and the world is effortlessly revealed through natural storytelling. It’s a charming book, which I suspect will be quite gritty. 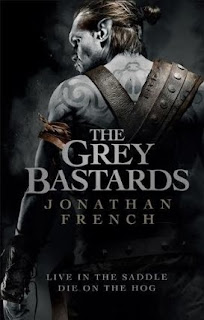 The Grey Bastards (the Lot Lands), by Jonathan French

By weird coincidence, this is also an SPFBO contest winner. The sample follows Jackal, a half-orc, and his friends Oats and Fetching (also half-orcs) as they have something of a tangle with a group of human soldiers outside a brothel. The trio return to the Kiln, their headquarters, and their boss, Claymaster, holds a meeting which probably unveils the wider premise of the story (which may be hinted at in the brothel fight). Enjoyable to read, with grim humour and a plot/world that unfolds naturally, it’s yet another sample that could easily lead to me buying the book (this half-dozen of samples is something of an embarrassment of riches). 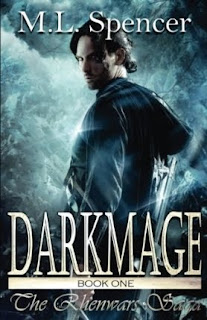 Darkmage’s sample largely follows Darien, a soldier returning from a front line in a classic high fantasy world, where the enemy are pressing strongly and he wants his mother (effectively head of state) to allow a pacific oath to be broken to win the war. Naturally, there’s quite a bit of tension there, not least because he’s returning to inherit arcane power and is expected to take the oath himself. But the enemy are closer than either of them think. The story’s premise works, but I did find the writing style to be a little more tell than show (for example, Darien courted a lady mage, against the rules, and that’s why he was away in the first place. Why not show that?). It’s not bad, but didn’t grab me.


I had planned to nominate just one as a recommendation, as per the first time, but there are a number of great samples well worth a look.