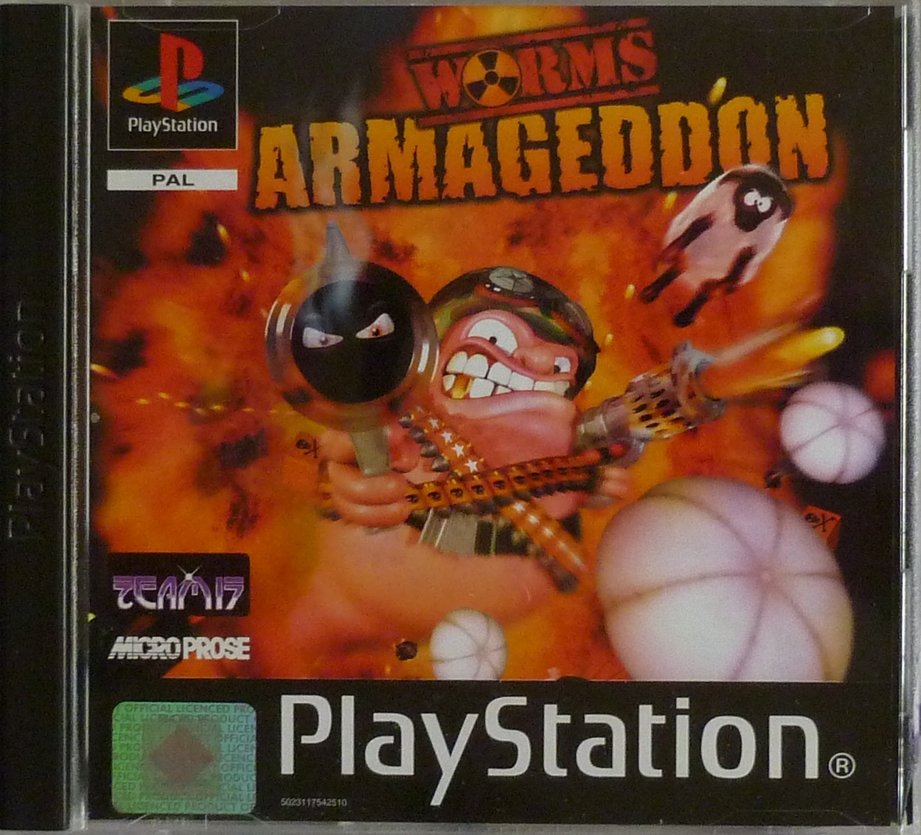 I was looking through an old CD storage tower and came across a few Playstation games. Vagrant Story, Civilization II, Metal Gear Solid and Worms Armageddon were the stand out ones.

Whilst I enjoyed games like Worms and Lemmings I was never a proper fan, but I remembered liking Armageddon and thought I’d give it a crack. I put together team Bane (Horst, Rufus, Lucia and Urquhart) and dove in.

It was the most fun I’ve had for ages.

Yes, the graphics are old, but it really doesn’t matter, and no, I don’t care that the world is 2-dimensional. This game is all about the gameplay, and that is bloody excellent. It’s as accessible as Lego, but there’s still an element of challenge, particularly when you get to the higher ranks in Deathmatch (at the moment Bane are Highly Distinguished). Firing off a shot that perfectly uses the wind, bagging multiple kills at once (I love the Holy Hand Grenade) and even cocking up massively are all hilariously fun.

There’s a really good range of standard weapons, with one special extra per team and others floating down from the sky. Some get more use than others, of course, and some have unlimited ammunition (bazookas and grenades, for example), but in the last week or two I’ve probably used a good 80-90% of those that are available.

There’s a plethora of accents available for the Worms (I remembered Angry Scots was especially good and switched straight to that), which is a nice touch.

There’s actually a Worms Collection out for the PS3 (and Xbox360) for under £15 which includes Worms Armageddon, Worms and Worms: Ultimate Mayhem. If you’ve never played a Worms game I’d strongly recommend buying it and you’ll soon be cackling with delight.