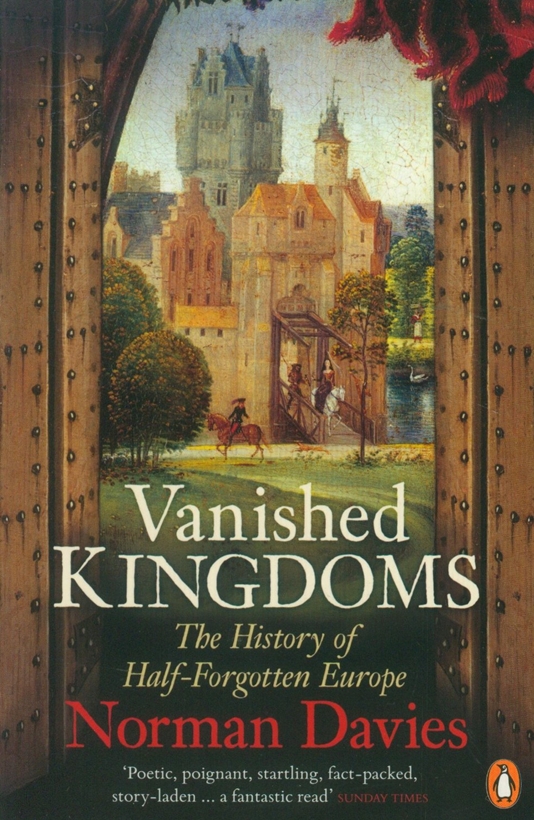 This is a history of countries that have ceased to be, going back about one and a half thousand years. It looks at around 15 examples of European nations that have joined the choir invisible.

Each 'kingdom' gets a chapter divided into three parts: a brief introduction, a larger discussion of the birth, life and death of the state, and then an epilogue. There are also several sections of plates (photos and the like), which is common to this sort of history.

Being into history, but mostly classical rather than modern, the majority of states were either entirely new to me or were ones about which I knew very little. It was particularly interesting to read of Prussia and Poland-Lithuania, and rather disheartening to hear how Montenegro (now independent once more) was abandoned by her victorious allies to the predation of Serbia following the end of the Great War.

As might be expected, some chapters entertained me more than others. Generally, I found them to enjoyable and enlightening.

I do have some gripes, however. Eire was included. I have nothing against the Republic of Ireland, but, as the more astute my readers will already know, it's, er, still here. It is the antithesis of a Vanished Kingdom, being neither vanished nor a kingdom.

There is also an occasional tendency to wander on tangential paths rather than sticking to the highway of each chapter's central theme.

The inclusion of Byzantium (under the slight alternative Byzantion) also irked me. Not because it's unworthy of inclusion, indeed, it's probably the single worthiest example of a Vanished Kingdom. The problem is that it has more than a thousand years of history yet gets the  second shortest chapter in the book (after a 'state' that lasted a single day), which contains very little of its actual history. Its inclusion is pointless due to the lack of information. (For those after a Byzantine history I very strongly recommend John Julius Norwich'sfantastic three-part work).

On the whole, I did enjoy it. Most of the history was entirely new to me and it was interesting and fairly easy to read. However, I'm baffled by the miniscule chapter on Byzantium and the inclusion of a country which was (in its present form) founded very recently and is in rude health.