For the uninitiated, snapshot reviews are when I take 4-6 samples (usually fantasy) and, er, review them. Hopefully it’s helpful for readers to find new books and authors.

Quite a mix amongst this half dozen, with sci-fi and fantasy, comedy and serious stuff. 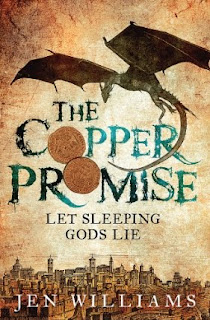 The sample includes multiple perspectives, but manages to start tying them together before it ends (which is helpful for trying to assess how the plot might go forward). The opening chapter features a nobleman being surprisingly stoic under torture (nothing too graphic), as his jailers seek to prise from his lips information about his family’s wealth. Following on, there are chapters about separate but linked mercenaries delving into an ancient, haunted, subterranean place, with the latter pair of mercenaries hired by the previously mentioned nobleman (now in a state of some injury, following the torture). The sample ends as they approach the ruin. I enjoyed the writing style, and really liked the very different voices that the differing POVs had. A good test of this is to imagine dialogue without any tags, so the spoken words alone indicate the speaker, and this passes with flying colours. It’s an intriguing beginning. 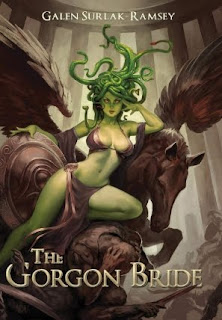 The Gorgon Bride, by Galen Surlark-Ramsey

An interesting change of pace here. I must admit, fantasy set in the real world tends not to my cup of tea, so when the sample opened with a real life setting hopes were not high. However, I do like Greek mythology, and that’s mingled with the modern world in this comedy-fantasy. The sample’s storyline follows the antics of Alexander Weiss, pianist, and Athena, goddess and taunter of Ares. The mortal soon meets his mortality and is destined to try and find love for Euryale, one of Medusa’s sisters and fellow gorgon. One nice aspect of comedy is that you can tell very quickly whether the style of the humour is to your taste which determines in large part whether you’ll like the book or not. I found it to be a light-hearted and entertaining read. Perhaps as helpfully (for me) it’s a stand alone, rather than part 1 of the Mega Long Fantastical Series. 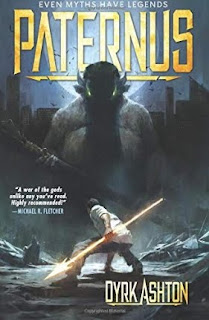 This is a weird one to review, because it has several things I dislike but it’s also very competently done (particularly the first chapter, of 4-5 or so complete in the sample) which is excellent. It’s set in the modern day real world, with a thrillerish writing style. Could be a blend of magic and technology, not quite clear. The story looks at various POVs, mostly from the perspective of Firstborn. They’re ancient godlike figures, often taken from historical myths. There seems to be some sort war brewing between Asuras (rebels against the ‘Father’ that created them) and Devas (Father loyalists) but how is not clear. I do think it’s interesting and well done, but, like celery, it’s just not for me. 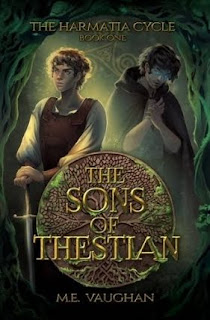 The Sons of Thestian (the Harmatia Cycle book 1), by ME Vaughan

Much more my usual fare than the previous two samples, but I must admit it didn’t grab me. The prologue opens with Jionathan, a prince and would-be escapee from his own city, attempting to evade a nocturnal patrol of bloodthirsty and transmogrified mages, ‘aided’ by the mage Rufus (who appears to be in a stupor). Rufus gets hidden and the prince, as you might expect early on, gets caught and ends up back in his castle. Over the ensuing few chapters we learn the prince’s father is ill, and the Night Patrol is a new and odd addition to the city. Rufus has more POV time early on, but there’s a bit too much telling rather than showing. It’s not badly written, indeed, I found it very easy to read, but it just didn’t grab me. 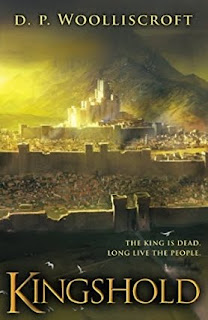 Have to say I was almost immediately taken by this. It’s the story, seemingly, of a power transition from a terrible king and queen (who end up leaving their positions sooner than they expect, at the hands of a vengeful but probably righteous wizard) and the shift of a kingdom towards a republic/democracy. There are many POVs, indeed, it wasn’t until the last chapter in the sample that one recurred (I did wonder if the author might try, heroically/foolishly, to tell a whole story without repeating a single POV). Every one was engaging, the writing was effortless to read, and, at this early stage, I enjoyed the way the story was going. There’s a drunken minstrel, a precocious maid, a hardbitten mage, and so on. It’s an intriguing start. 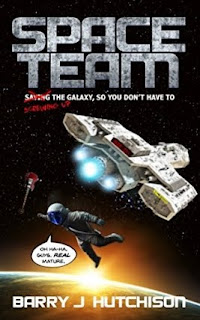 Another comedy that begins in the real world, but this one is sci-fi. The sample’s a little shorter and doesn’t quite have time to set out the premise. It follows Cal Carver, who ends up in the wrong prison due to a bureaucratic error, just as all hell seems to break loose. He wakes up in space for reasons about to be revealed, when the sample ends. It’s very engaging and amusing, although the bodily fluid stuff isn’t my cup of tea. An advantage of comedy over other genres is that it’s very easy to tell early on if it’ll tickle your fancy, and, fluids aside, I found the sample of this quite entertaining.