An Interview with Andrew P. Weston, author of The IX

I’m pleased to say that Andrew P. Weston, author of the sci-fi (meets historical fiction) novel The IX has come in for an interview. 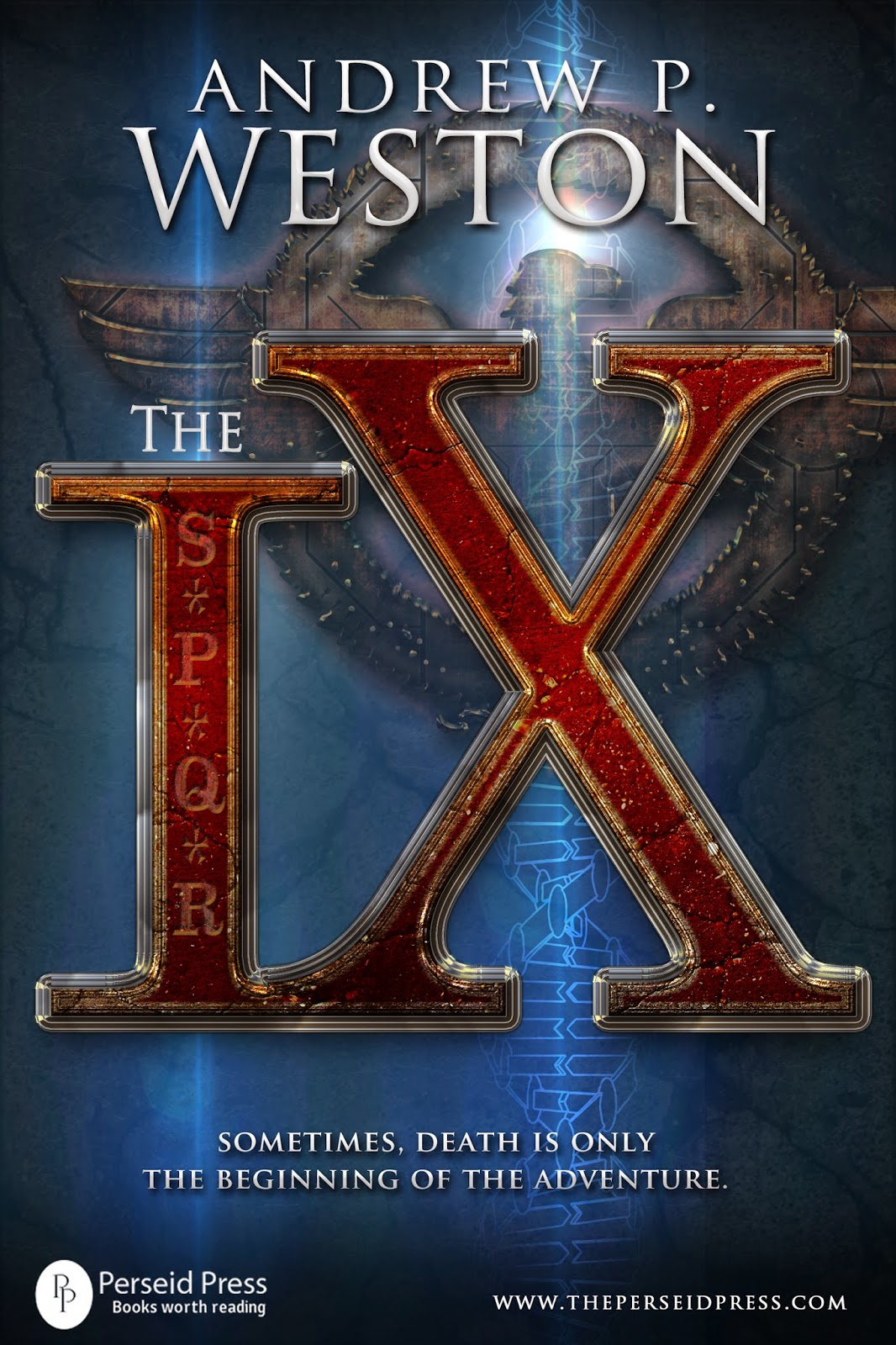 You’ve written a new novel called The IX. What’s the premise of the story?
The premise is that death might only be the beginning of the adventure.

It’s summed up quite nicely in the introductory blurb:

Roman legionnaires, far from home, lost in the mists of Caledonia.
A US cavalry company, engaged on a special mission, vital to the peace treaty proposed by Presidential candidate Abraham Lincoln.
A twenty-first century Special Forces unit, desperate to prevent a nuclear catastrophe.
From vastly different backgrounds, these soldiers are united when they are snatched away from Earth at the moment of their passing. Thinking they may have been granted a reprieve, imagine their horror when they discover they have been transported to a failing planet on the far side of the galaxy, where they are given a simple ultimatum. Fight or die. Against all odds, this group of misfits manages to turn the tide against a relentless foe, only to discover the true cost of victory might exact a price they are unwilling to pay.
How far would you be willing to go to stay alive?
The IX. Sometimes, death is only the beginning of the adventure

I’m quite into classical history, and, if memory serves, the Ninth Legion disappeared about 19 centuries ago. (Assuming I haven’t misremembered), do the other detachments have similar uncertain backstories?
Not really. The Ninth was an excellent place to start though. Much debate has raged as to their fate, so, I merely gave it an outlandish science fiction twist. However, I didn’t want the Ninth to have to face that journey alone, so I created two fictional units to accompany them. One, a nineteenth century Cavalry Company, the other, a twenty-first century Special Forces team.
In the case of the Cavalry Company, I decided to loosely base their existence upon historical fact. The time period in which the Fifth Mounted Rifles were born – the 1860’s – was a time of great interest to me, especially in the run-up to the presidential elections.
Presidential candidate Abraham Lincoln was juggling growing pressure between certain state governors and congress regarding the issue of the Native American peoples. So, I simply invented a secret peace proposal between him and certain tribes from the Plains Cree nations. Of course, this treaty would also be compounded by an ongoing internal conflict between the actual clans themselves.
Needless to say, failure of the proposals, would contribute to the actual divide that led to the Union/Confederate divide.
The Special Forces unit involved is entirely fictional. Their working practices are real.

The legion is perhaps the single most iconic unit in military history. Which other units did you choose, and why did you choose them?
I chose the Fifth Mounted Rifles and the Special Forces anti-terrorist Unit as I thought they would complement the setting perfectly. Remember, these groups have been snatched away from earth at the moment of their passing, to go and fight someone else’s battle on a world on the other side of the galaxy. That society is extremely advanced. Regardless, they were unable to stand against a relentless foe who swept them away.

So there’s the dilemma. If a culturally sophisticated super power was helpless against overwhelming odds, what chance would Roman Legionnaires have? Or a cavalry Company? Or a Special Forces Team? Especially as they come from drastically different backgrounds, and time periods. Can you imagine the juggling required to combine their unique fighting styles and methods in an effective way?

It was hard work...but it paid off.

Rome had, shall we say, a robust attitude towards both warfare and criminal justice. How severe is the level of the violence in The IX?
The IX is about the fight for survival. Understandably, it encapsulates the brutality of war in a gritty and honest way.

Do you prefer to use a well-planned method for writing, or opt for a more spontaneous/organic approach?
I blend the two. I always plan ahead so that I know how the story will begin and end, and where I’ll be ‘calling in’ along the way. I think that’s important to ensure both major and minor plot points are covered and loose ends are tied away nicely. However, I’ve also seen how stories gain a momentum of their own. Sometimes, it’s good to let it flow, and go with it, as it opens up new ideas you might have otherwise missed.

Which authors inspired you to get into writing in the first place?
Stephen Donaldson, Raymond E Feist, Ursula le Guin, Julian May. 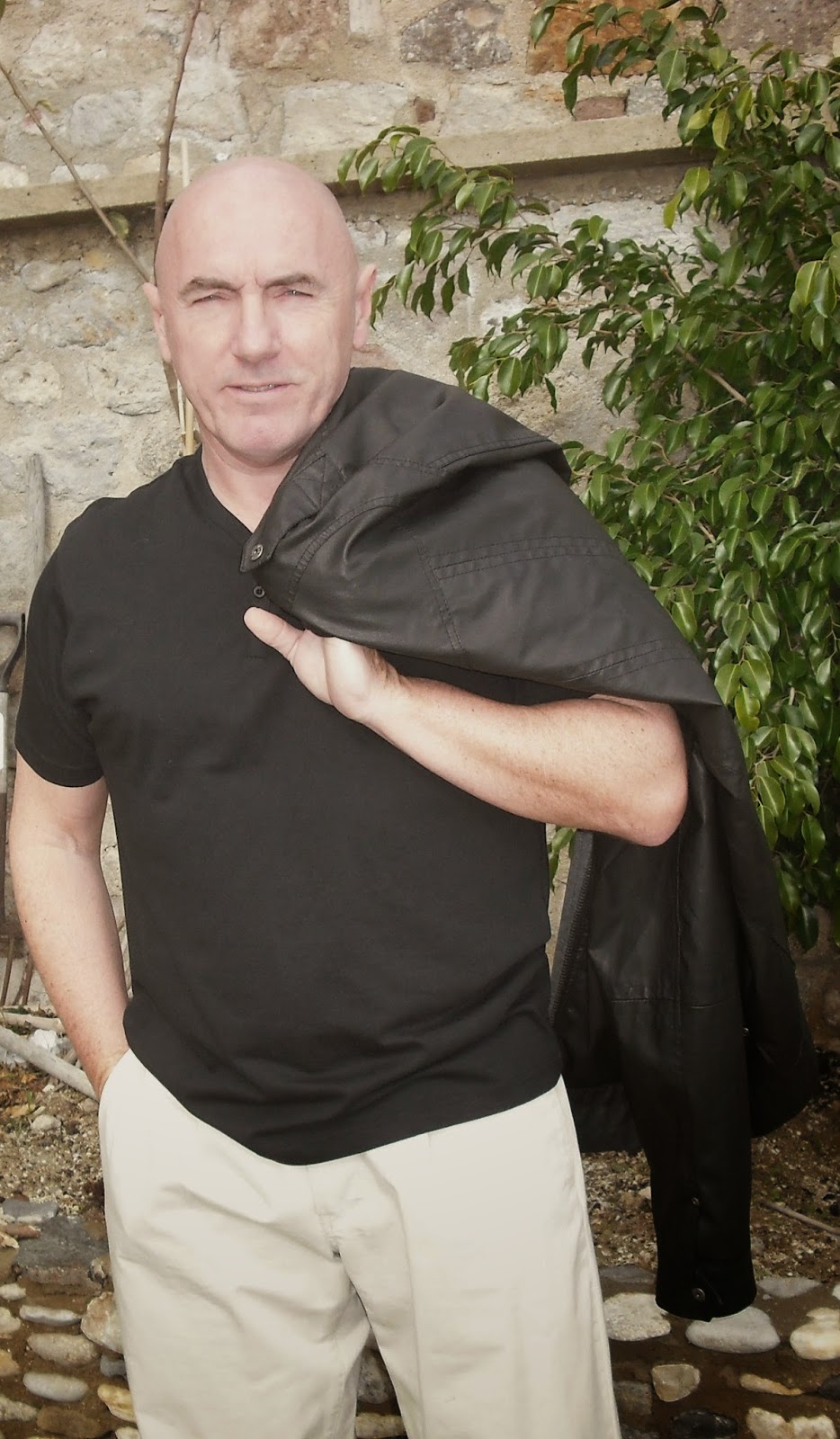 When writing about the war, did you base the fights/battles on historical formations (so, three lines of Roman soldiers, for example) or adapt them to change their style according to the new circumstances they find themselves in?
All of the fight scenes involve tactically correct maneuvers for each of the units involved. After having arrived in Arden however, there are necessary adaptations they must adopt in order to survive, for their foe is most unusual.

During the course of researching the various military units, what interesting nuggets of history did you come across?
My research took nearly three months to complete before I started writing. There are all sorts of nuggets. Perhaps one of the most mysterious is the actual posting of the Ninth to Britannia in the first place. It’s very difficult to find sources that agree. Some accounts say the Ninth never ventured into Caledonia. Even those that do don’t agree on dates. Very mysterious for an empire renown for its efficiency?

Away from writing, how do you like to unwind?
I love running and swimming, and stargazing. I enjoy zero light pollution where I live.


What are your writing plans for the future?
To write full time, and always improve.


Thaddeus
Posted by Thaddeus at 08:49