Review: Three Men In A Boat, by Jerome K. Jerome 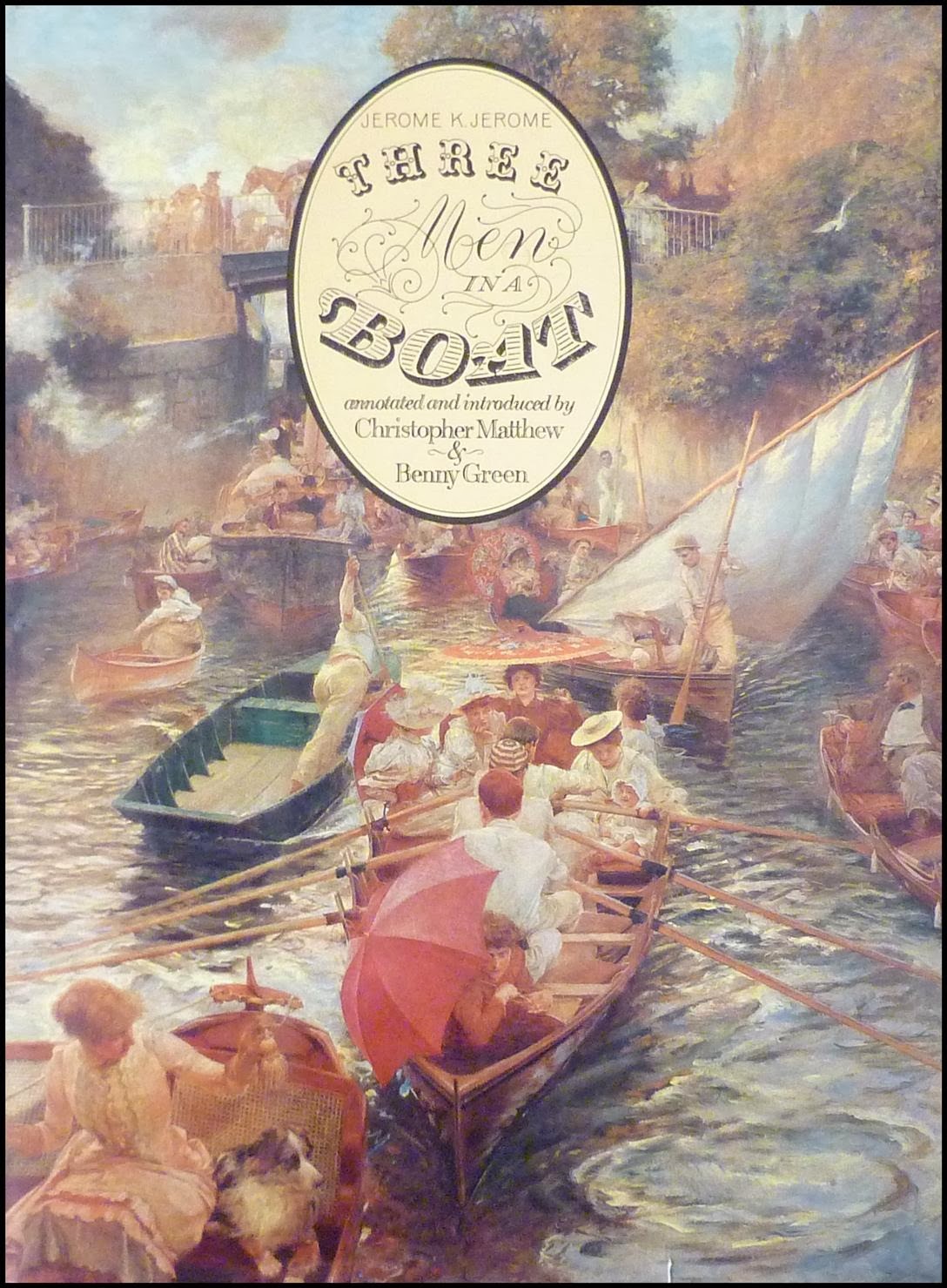 I just finished Three Men In A Boat, and it’s worth mentioning the version I had (a Christmas gift) had many annotations by Christopher Matthew and Benny Green. Very often the annotations helpfully explained certain things I was unfamiliar with, or elaborated upon interesting periods of history. Sadly, this edition is out of print, so if you want the annotations second hand is the way to go (I can recommend AbeBooks.co.uk, where I bought Philippe Contamine’s War In The Middle Ages for less than half the list price).

The book tells the tale of three men (and a dog) travelling up the Thames in a boat, during the late 19th century. Boating had become something of a popular pastime, and so J, George and Harris spent a fortnight or so on a riparian break.

The style is very charming, and suitable for people of any age. It’s effortlessly warm-hearted, and quite a joy to read. Despite its distant publication (over a century, now) the sentiment of three chaps messing about on a river has entirely survived the passage of time.

Sometimes the author drifts into a melancholy, wistful and slightly more serious tone, but this bubble is usually pricked by a swift return to wry and witty remarks.

The book is liberally peppered with photographs and illustrations, the former particularly interesting as a window into a bygone era. It’s easy to see why this is rightly considered a timeless classic.