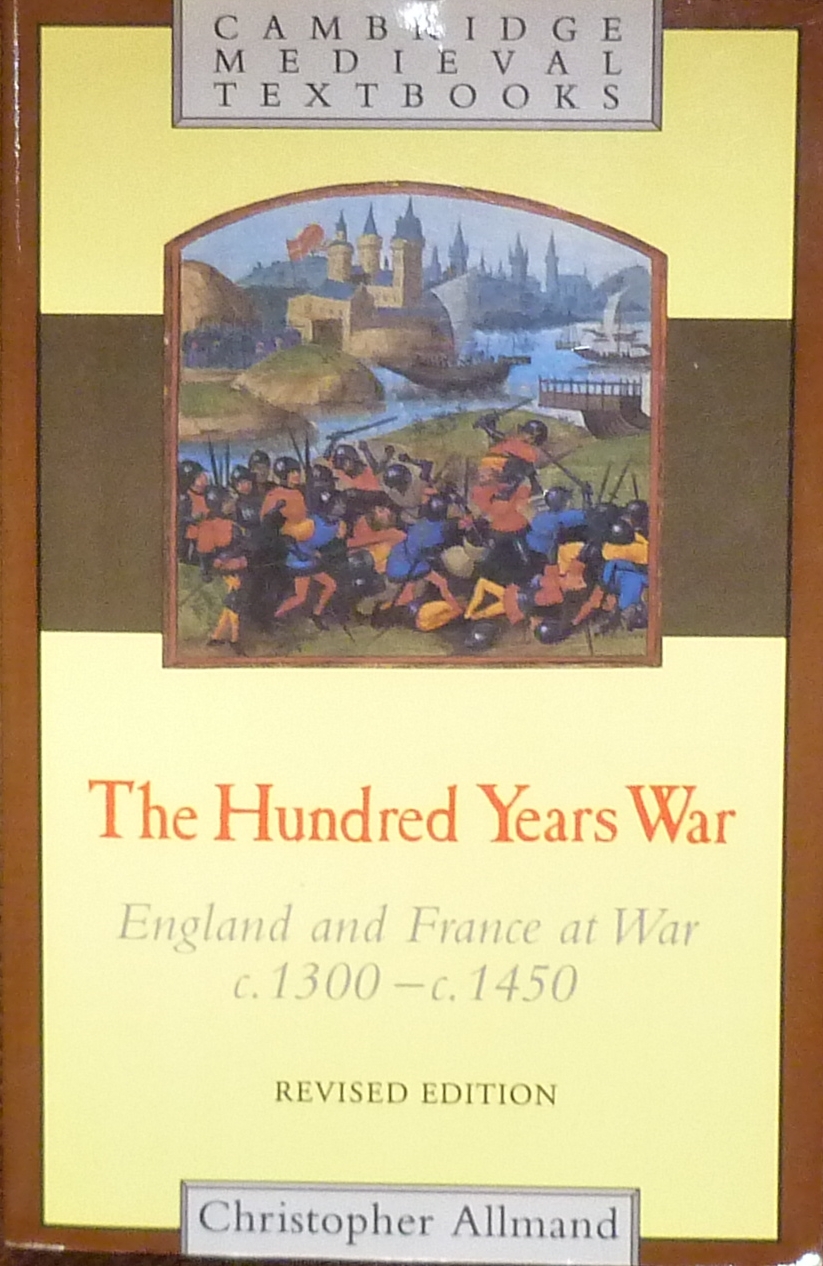 A few days ago I finished reading The Hundred Years War, by Christopher Allmand.

Initially it surprised me in two ways. Firstly, it was a little shorter than I expected (under 200 pages), and it also dealt with the war according to themes rather than a chronological account of what happens. Allmand divides his book into chapters dealing with a given subject (Institutions, for example) rather than dealing with the war decade-by-decade.

It was a bit of a surprise at first, but the method worked well and enabled the author to go into some detail regarding various aspects of the period (how mercenaries worked, the importance of sea power etc).

Because of the lengthy nature of the war (the book covers 150 years or so) great detail regarding arms, armour and so forth isn’t gone into, but we do get some information about such, and more about the increasing role of cannons. These new devices altered the defensive capability of towns (reducing them, basically) and thereby fundamentally changed the way war was waged. Technological progress changed the game from raids (generally leaving alone well-protected, walled towns and cities) to siege (when the advantage shifted to the aggressor from the besieged).

At the start of the book are several maps which give a good picture of the state of play between England and France, with the area of English influence varying wildly over time.

The writing style I found pretty easy to understand, although here and there Mr. Allmand does seem to make sentences a little lengthier and more convoluted than need be the case. I never felt lost regarding time, as the author generally refers not only to whoever was king (or kings, one of each country, of course) at the time but a year or range of years.

For a broad look at how the Hundred Years War proceeded, how it affected the English and French kingdoms and how it was involved in substantial military, financial and social changes this is an excellent book. I particularly found interesting the way that cannon shifted methods of war, and how taxation changed from being temporary and for a specific purpose to permanent (and often frittered away…).

If you want further reading on this area, I can recommend Philippe Contamine’s War in the Middle Ages, and the light-hearted but entertaining and informative Knight (Unofficial Manuals).