I was invited by the lovely Alexandra Butcher onto this blog tour thingummyjig (my first one). She's the author of The Light Beyond the Storm Chronicles, and her blog can be found here. 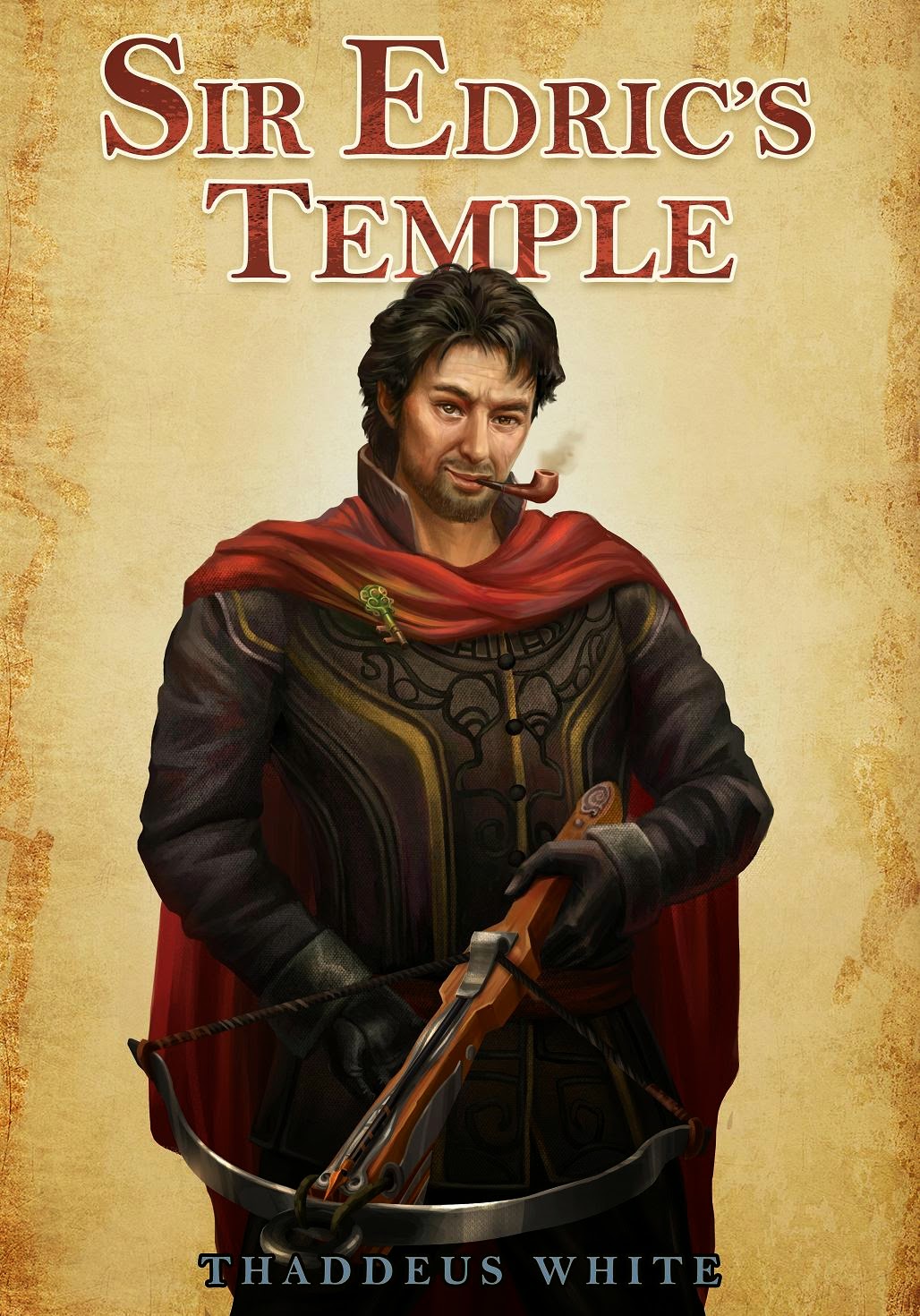 What is the name of your character? Is he/she fictional or a historic person?
Sir Edric Greenlock, the Hero of Hornska. He's a fictional knight replete with vices but not overly burdened with virtues.

When and where is the story set?
Sir Edric's Temple covers quite a lot of ground between the city of Awyndel and the Unholy Temple of the title, a once sacred religious site more recently feared and avoided due its numerous dangers. The world Sir Edric lives in is packed with magic and strange creatures, such as the Ursk, red skinned giants who consider humans to be a sort of edible currency.

What should we know about him/her?
He's getting on a little bit and is in the awkward transition between youthful vigour and wrinkly dotage. Although generally self-absorbed, he does have genuine fondness for his horses, and some grudging respect for his trusty manservant Dog, even though he is a peasant.

What is the main conflict? What messes up his/her life?
After the royal treasures are stolen Sir Edric is charged by the King to recover them, hurrying ahead of the ransom to the Temple to try and steal them back. Unfortunately, his attempt to run away before embarking upon the potentially fatal mission is thwarted when the King sends the elven sorceress Lysandra to guard him on his journey ('guard' in this instance meaning 'stop from running away').

What is the personal goal of the character?
Sir Edric's goal, as is often the case in his life, is primarily to avoid ending up dead in the near future. He's also keen to loot whatever can, claim whatever glory is his by right (or wrong) and get revenge on his enemies.

Is there a working title for this novel, and can we read more about it?
Sir Edric's Temple is the title, and it's available from all good retailers.

There are three delightful authors following me in the blog tour (putting up their own pieces in about a week). They are:

Bio:
I was born in Phoenix, AZ where I still reside, despite the horrendous summer months. I live with my husband, two dogs, two cats, and three newts (I love love love animals).
At first, my writing started out as a secret; a side hobby, a release, an escape. But one day, my husband came home early from work and caught me. Instead of allowing me to continue on in secrecy, he planted a seed of publishing in my mind and writing blossomed into a dream I never bothered to dream. So here I am.

Jo Zebedee, a fellow contributor to the forthcoming Malevolence: Tales from Beyond the Veil trilogy and author of Abendau's Child (due out in Autumn):

Bio: Duane Vore (1953- ) has been writing for as long as he can remember. One of his most prized Christmas presents was, at the age of 13, a typewriter. It wore out. His first concerted effort to write a novel came about ten years later: The Seal of Inheritance, which is unfortunately lost, as was that second typewriter upon which it was written. Since then, his imagination has spanned millions of years, thousands of galaxies, and fantasy worlds by the dozen, and the ideas never stop coming. Gradually, his backlog of completed works is at last making it into the public eye.
When not writing, he functions satisfactorily as a software engineer, electronics engineer, web developer, and physical chemist, three out of those four offering fodder for science fiction stories.